I use Midnight Lizard extension to do something like a dark mode. no need to program in something that can be done already using apps and extensions. works in chrome, firefox, edge. there are midnight lizard alternatives for mac, linux, etc, find in google. Get rid of the “Dark Side” first…

I think it should definitely be added. I can’t imagine it would take much work to add this feature… Not really sure why this issue is the one they are asking sellers to chime in on.

right. call it the Evil Side.

(if anyone ever asks if I am good, meaning ok, I always try to remember to respond, “no, I’m Evil”)

Having seller support be graded by the number of follow-ups to the same initial inquiry (lower is better) rather than time to “answer” (or at least SOMETHING else), since by not allowing them time to even read they almost never even address the issue raised, and they never learn anything - over and over and over.

Since sellers work directly with the platform and the detail pages constantly, so see all sorts of problems as well as solutions that can not be seen without such experience, maybe bringing back the seller suggestion option as a legitimate contact method, instead of having a hidden “suggestion” option that auto defers to a normal inquiry, and is always responded to (and not addressed) by seller support as if one is asking a question they pretend to answer.

Have a “leadership” team at seller support when escalation is warranted, that can actually fix problems for the benefit of Amazon, customers and sellers.

Your bots that are using 40 year old “prices” as relevant market barometers for today’s “market value” of used items no longer in commercial production, and, remarkably, doing so without being adjusted for inflation, so the old prices don’t even (in many cases, even remotely) reflect the actual prices, but instead reflect a completely arbitrary and random low “price” figure based upon the original year of production (and which is patently absurd by the way).

An algorithm that despite hiding behind it’s propriety "formula’ is CLEARLY - and from scores of detail pages alone, provably - utilizing price alone, even one single penny, as the determinant among otherwise even just quasi similar buy box qualified sellers, as to which offer/seller gets the buy box on USED items; and so through the long built up buyer trust in the Amazon process is detrimentally and unfairly representing to them, for e.g., that a $23.76 item (consistently awarded the buy box by virtue of that one penny “improvement”) in “Acceptable” condition is a better offer for them than a $23.77 item in “Very Good” condition, when almost no one in their right mind could even make such an argument. (And which, as a contract policy forcibly “agreed” to by all Amazon sellers that skews competition toward an arbitrary distinction (one penny on a twenty dollar used item), also likely violates the Sherman Anti Trust act as a trade restraint contract: in this case by unfairly harming consumers based upon their reasonable and long courted belief that Amazon has chosen a reasonable option, when in fact it has unambiguously, unequivocally, and definitively, not. An argument some make to this is that “many factors go into the buy box”; but as it can be demonstrably proven that the penny overrides all other factors once quasi equal buy box qualified sellers are concerned, this rings hollow for purposes of anti trust law consumer fairness considerations, (as well as rational discussion of the issue),

Maybe fix that, or at least considering taking it into account.

As for dark mode, studies conflict as to whether it increases or decreases eye strain. It may also depend on the user and their eye issues or lack thereof. Adding it is fine if that is what many people want (though from the comments there seems to be a way for some to add it themselves - “Control Panel > Appearance and Personalization > Personalization > Pick your theme,” though a few other commenters have said it doesn’t work for them on this site.)
__
P.s The new “buyer order cancellation banner” news updates kept asking for seller feedback before implementation, then apparently none of the seller feedback was listened to. Feedback such as don’t add the banner to the orders page as REPLACEMENT to the message notification (since for many this creates an entirely new set of problems), but instead, as ADDITION to it. When added as an addition it can do nothing but improve the current system where it is too easy for sellers to pack and label, even fully ship, orders before knowing of a cancellation request, instead of simply changing the way a notification will be missed prior to packing/shipping - which is what adding this banner as REPLACEMENT for the messages notification for many sellers will do. This was just ignored over and over without any explanation as to why the banner was not being added to cut down on timely missed cancellation requests, instead of substituted for message notification. Again, for many sellers, using the banner notification as replacement, instead of simply adding it, apparently would not improve but worsen the situation, as many sellers won’t see them from the orders page - as endless sellers repeatedly pointed out - and when, even more importantly, there is no harm at all to simply add it, instead.

Maybe fix that first. And listen to feedback when asked for on improvements. At least feedback that makes sense. This doesn’t seem done very often. “Dark mode,” for some, is great and all, but shouldn’t that be way down the list??

Last, automation is great and all for saving Amazon $, but maybe try to restrain the increasing creep toward an increasing dystopian system, becoming more and more arbitrary and inflexible, and at times, even Kafkaesque. 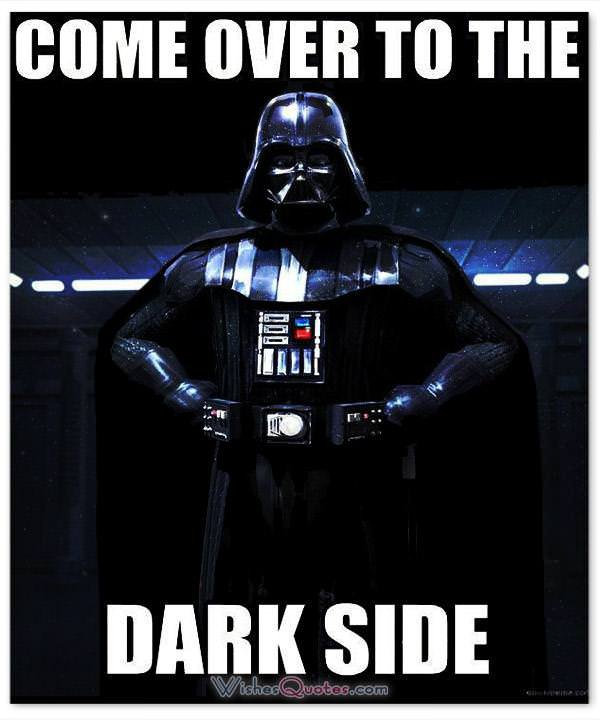 The software run here on the forums is “discourse” and there are many built in themes including dark mode. This is a 2 minute job.

i think it would be very nice

If a person is on the forums so much it hurts their eyes I would say get a life and go do something constructive instead of racking up post counts…lmao Please leave seller central alone we do not need more problems.

There are special glasses out there to reduce the eye strain.

Dark mode would be great since I am sure we are all using Seller Central all day long.

Dark mode saves battery life on mobile devices. I really prefer the 80s style where most screens were either green or amber text on black. Right now, I have my tablet on the lowest brightness it can go. Never understood why screens should look like paper when the background overpowers the content.

I have my tablet on dark mode, yet this is still white backgrounds. Plus screen inverters have weird effects and make things inverte that shouldn’t be

I get what you’re saying from a research methods pov. However, Adding a Dark Mode wouldn’t take away standard viewing. So for Amazon’s purposes here, they don’t need or care the number of people who don’t want to be able use a Dark Mode. What they’re wanting is to see if there’s enough interest (IE likes) to warrant them investing time into the feature.

Honestly the cynic in me is saying they’ve already begun work on this and this “vote” is giving us the idea that we’re contributing to change, when they’ve already done the research and decided to do it.

I actually where blue light glasses while working and to control migraines. Dark mode would be greatly appreciated.

My vote is for dark mode as well.

I have Dark Mode set on my MacBook but everything on Amazon is still in the blinding stark white background. Please give us a Dark Mode option!!

If I ever start spending so much time in here that I need dark mode, I won’t be getting any work done… No difference here.

Please, dark mode on the app is amazing, would be so nice to have it on the browser as well!

I have “dark mode” enabled on my mobile browser, but it can not override the (inaccessible) Forum setting, even though Discourse Meta and other Discourse instances I use actually have the internal option available.

Some of y’all acting like there’s a one-size-fits-all workaround, but there’s not, so it really just shows your own limited knowledge and experience to denigrate others for not living your exact same life.

Sit back down, please.

Just repeating this for anyone who might have missed it…